Special Topic Commodities Prices and the War in Ukraine

Please note that this analysis is confined to the economic impact of events. That does not mean that economics take primacy, and it does not diminish personal anguish over the pain, suffering and loss of life resulting from Russia’s invasion of Ukraine. 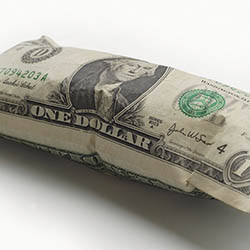 Russia’s invasion of Ukraine has impacted the normal supply-demand fundamentals of many commodity markets, causing surges in prices. Energy prices are one of the most notable examples. The US has banned oil imports from Russia. The European Union, which is heavily dependent on Russian sources, has begun looking for alternatives and is considering an embargo to take effect by the end of 2022. The US is experiencing higher oil prices, but due to our domestic production, the increases are not as drastic as in Europe. Russia is also a major exporter of many metals. As a result, global markets have seen prices jump for metals such as nickel, aluminum and steel. While many metal prices have fallen following the initial spikes, they remain elevated relative to pre-war levels.

Before the invasion oil, steel and copper prices were expected to decline, particularly in the second half of this year. Disinflation (a diminishing rate of rise, but still rise) for overall producer prices during much of 2022 and 2023 was also expected. However, these forecasts ― which would likely apply again if the war and associated sanctions were to end quickly ― were based on economic fundamentals. Slowing macroeconomic growth and improvements in the supply chain were expected to result in less upward pricing pressure.

Those forecasts have since changed to reflect the war and sanctions, though it should be noted that the the length of the conflict remains unknown and unassumed. Revised forecasts anticipate general rise in quarterly average prices for oil, steel and copper over the course of the year. The US Producer Price Index forecast lifted and now disinflation will likely start slightly later, around the middle of this year. Disinflation is still expected during the second half of this year and in 2023. While the war is causing price levels to shift upward, it isn’t expected to fundamentally change the cyclical trajectory for prices; that is determined by macroeconomic factors. Make sure to budget for increasing input costs and remain in constant communication with suppliers, as supply chains remain volatile. 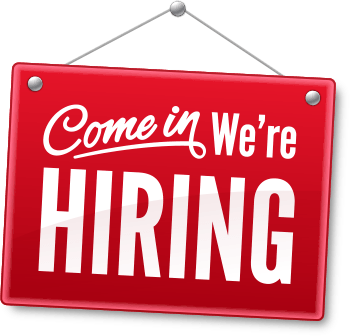 A Closer Look at

The US Economy: Don’t Let Your Business Planning Be Swayed by Misleading Economic Figures

What you need to know: Doom-and-gloom headlines lack context; expect economic growth through at least 2024.

The following are all facts, and they represent the sentiments espoused in the business news of late. Read them and think about how they make you feel:

My guess is you feel uncertain about the future, or perhaps downright fearful. The good news is that while all the above statements are indeed true; they are also misleading. Specifically, they lack critical context, and we need that context to make the best business decisions with the information available today. Let’s unpack the statements one by one.

It’s true that gas prices reached record highs in March. However, the following are far more salient economic facts when it comes to answering the important question: how painful are those higher gas prices for consumers?

Inflation is indeed at a 40-year high. However, the following facts make it likely that consumers can manage the inflation and still drive the economy to new heights (albeit at a slower pace) in 2022–23:

There is always a recession coming. The question is when, and how big it will be. The very strong financial footing of both the US consumer and corporate America suggests the next recession isn’t imminent. The leading indicators ― which are easing but far from in freefall ― confirm this probability. Rather, higher inflation and higher interest rates are precursors to the next recession that is still years away; economic risks are likely to mount substantially for 2025-26, but, until then economic growth is the most likely outcome and you should be planning for it.

Don’t let misleading headlines in the public press keep you from preparing for more macroeconomic growth ahead.

How are sanctions against Russia going to impact the US economy?

Following the invasion of Ukraine and the implementation of early financial sanctions on Russia, US and European Union buyers became wary of purchasing from Russia.

The conflict in Ukraine has resulted in spiking energy prices in Europe and, to a lesser but still noticeable extent, the US. Consumers are facing elevated gasoline prices, but their ability to scale back their consumption of this resource is limited. Due to this inelasticity, higher gasoline prices could cut into consumers’ discretionary spending.

Please note that this analysis is confined to the economic impact of events. That does not mean that economics take primacy, and it does not diminish personal anguish over the pain, suffering and loss of life resulting from Russia’s invasion of Ukraine.

The global and domestic economic landscapes have changed greatly over the past two years, from near total shutdowns in April of 2020 to current record levels of Real Gross Domestic Product (GDP), as well as record-high business-to-business and consumer spending. As such, the problems faced by businesses today are near opposites of those faced two years ago. Instead of total economic shutdown, companies are contending with more demand than they can accommodate. Instead of debating layoffs, companies are trying to find workers, as job openings are at over 10 million, near record highs. These are positive problems; they mean growth is likely ahead for your business.

Despite all the positive problems we are dealing with now, some companies fret about the potential for a recession in 2022 or 2023. The pace of growth for US real GDP is slowing, as is the pace of rise for US total retail sales. Meanwhile, inflation-adjusted annual retail sales declined in March. However, the slowing growth in the economy isn’t a manifestation of broken economic fundamentals. Rather, the effects of stimulus are fading, and the economy is returning to more sustainable rates of growth after a very strong 2021. Soft landings for both US GDP and US industrial production, two key benchmarks for the US economy, are expected. In other words, these benchmarks will likely avoid recession through at least 2023.

The expectation for a soft landing is in part underpinned by the current strength of the consumer. While high inflation is taking a bite out of consumers’ spending power, built-up savings and an ability to borrow ― apparent in currently low debt obligations ― suggest consumers will be able to weather the storm of rising prices. Disinflation, or inflation at a slowing pace, is likely by the second half of this year, which will offer some relief as well.

While the broader economy and industrial sector will avoid recession in 2022-2023, some markets may undergo mild contraction periods. Ensure you are tracking growth rates for your own business so that you are not caught off guard when a period of slowing growth takes hold for you.