IEWC is excited to be the recipient of the Deloitte Wisconsin 75's Distinguished Performer Succession Award for 2018. This award is given to a company that has successfully moved to its next-generation of leadership.

More than three years in advance of his planned retirement as chief executive officer of IEWC, David Nestingen informed his board of directors of his intentions to step down. IEWC immediately got to work reviewing its business model and future goals, and shortly after, began recruiting internal and external candidates. 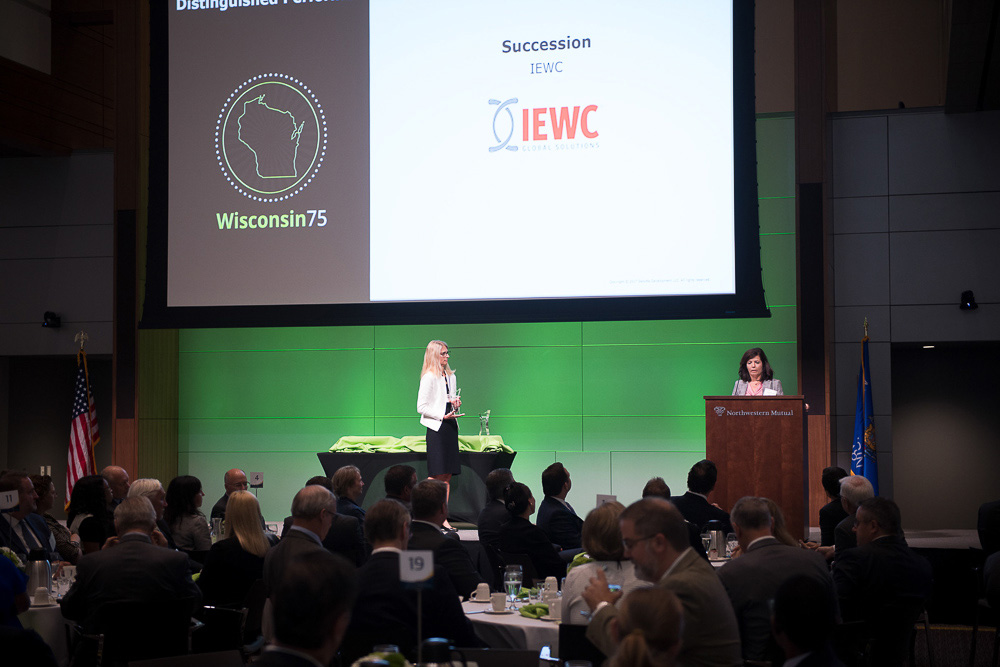 “We were at a crossroads as a company because we had grown extensively in the 10 years prior to that in a global format, and in particular the last three years we had done some acquisitions abroad,” stated Michelle Osman, who was head of human resources at the time and is now chief operating officer. “It changed the composition of our company and it also changed the composition of what sort of leader we would need in the future.”As part of the process, IEWC even put many of the stronger candidates through role-playing scenarios to see how they would react to situations within the company.

Throughout the entire process, Nestingen worked with Veum to ensure a smooth handoff.Mike Veum, a former Brady Corporation executive hired by IEWC in 2016, emerged as the front-runner. Shortly after he was identified as Nestingen's successor and promoted to corporate president in 2017. In April of 2018, he became CEO of IEWC.

"We worked very collaboratively on what I should take over right away, what things should transition over time," Veum said.

David Burleton, vice president of marketing, said IEWC "certainly benefited from having a CEO who gave us the gift of time."